How To Choose A High-quality Bailey Bridge Manufacturer

What is the bailey bridge? Bailey bridge has a variety of names such as bailey piece, bailey beam, bailey frame and so on. It Originated in Britain in 1938 in early World War II and invented by engineer Donald Bailey, mainly to meet the rapid construction of bridges during the war, which was later named after him.
What are the advantages of the bailey Bridge structure? Bailey piece is simple in structure, convenient in transportation, fast in erection, large in load weight, good in interchangeability, strong in adaptability, and is widely used in daily life. It is mainly used to erect a single-span temporary bridge, and can also be used to construct the construction tower, support frame, gantry and other prefabricated steel structures.
What are the models of bailey bridge? Bailey pieces are widely used in Bridges, so what are the types of them? Common models in practice are Model CB100, CB200 and CD450. 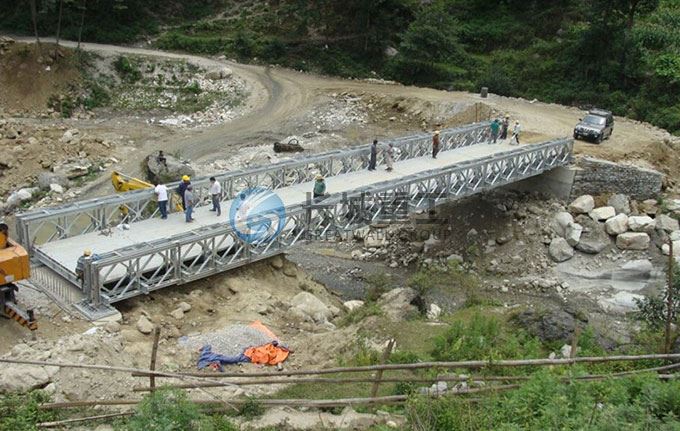 The CB100 Steel bridge also known as the 321-type. Its size is 3.048 meters * 1.45 meters, is based on the original British bailey truss bridge, combined with China’s national conditions and actual conditions. It was finalized in 1965 and was greatly developed in China. It is widely used in national defense, combat readiness, transportation engineering and municipal water conservancy projects. It is the most widely used assembled bridge in China. 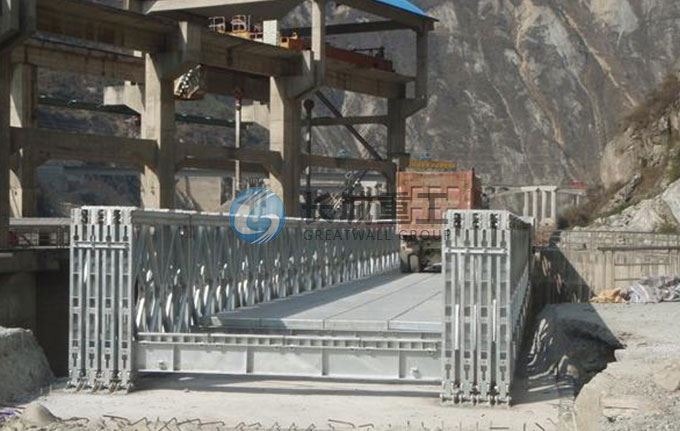 The HD200 prefabricated highway steel bridge looks similar to the Type 321 bailey Steel Bridge on the outside, but raises the truss height to 2.134 meters. Because it increase the truss height, improves the carrying capacity, enhances the stability energy, increases the fatigue life, improves the reliability, so the application range of the HD200-type bailey bridge is wider. 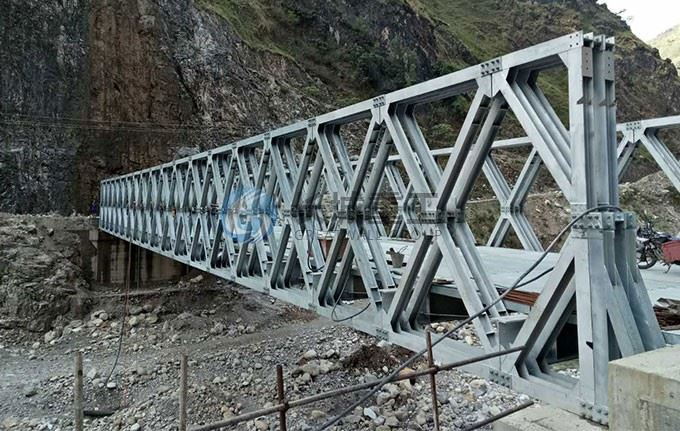 The D-type bridge also know as the CD450-type. It originated in Germany, was introduced into China and mass-produced by Great Wall Heavy Industry engineers, and is a patented product of Great Wall Heavy Industry. Although the D-type bridge truss adopts larger steel, the structure is simpler, which not only has the advantage of prefabricated bailey steel bridge, but also makes up for the limitation of its span, improves the single span length and saves the cost of piers.
Where can I buy good high-quality bailey Bridge? I recommend Zhenjiang Great Wall Heavy Industry Technology Co., Ltd.  (here and after called Great Wall Group). The prefabricated highway steel Bridges, bailey bridges, bailey beams and other products produced by Great Wall Group enjoy good reputation both at home and abroad. Great Wall Group has enjoyed pleasant cooperation with China Communications Group, China Railway Group, China Power Construction Group, Gezhouba Group, Cnooc and other large state-owned enterprises in railway, highway, international government procurement and other projects, and also actively supports charitable undertakings. In international cooperation, Great Wall’s Bailey Bridges are exported to dozens of countries, have been exported to the United States, Mexico, Indonesia, Nepal, Congo (cloth), Myanmar, Outer Mongolia, Kyrgyzstan, Chad, Trinidad and Tobago, Mozambique, Tanzania, Kenya, Ecuador, Dominic and other countries and regions. Great Wall Group provides customers with the best quality products and the most intimate service with a high starting point, high quality and brand route.